The Nuclear War Of Fanciness… *video* by Victoria Elizabeth Barnes
Thursday May 10th, 2018 at 1:26 AM

I love troubled men. And fancy things. I accidentally married an untroubled one, so now I have to make up the difference with fancy things. It’s going pretty well.   However. There was a problem. I would be in New Mexico, when this was auctioned off in Philadelphia. And if you know anything about auctions, […]

Someone send this to Jason Kottke and tell him everything's going to be alright.
Moscow, Idaho

alt_text_bot
reply
HISTORIANS: We've decided to trim the past down to make things more manageable. Using BCE/CE, would you rather we lose the odd-numbered or even-numbered years?

alt_text_at_your_service
reply
HISTORIANS: We've decided to trim the past down to make things more manageable. Using BCE/CE, would you rather we lose the odd-numbered or even-numbered years?

The official org chart of the US government by Jason Kottke
Tuesday January 24th, 2017 at 12:19 PM

The United States Government Manual is the official handbook of the US federal government. Here is the org chart for our government…take notice of what’s right at the top: 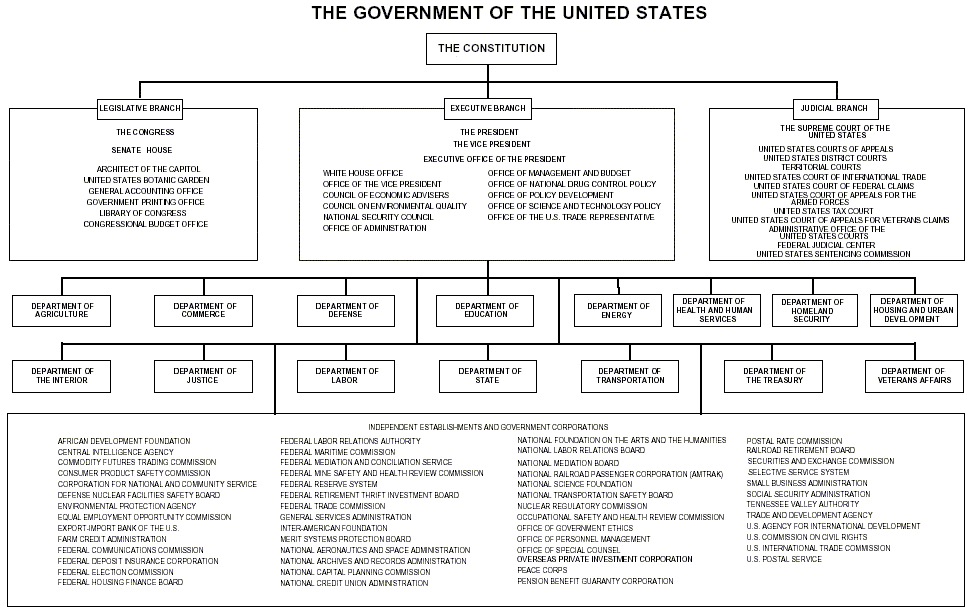 I’m no constitutional scholar, but that particular document starts off:

We the People of the United States, in Order to form a more perfect Union, establish Justice, insure domestic Tranquility, provide for the common defence, promote the general Welfare, and secure the Blessings of Liberty to ourselves and our Posterity, do ordain and establish this Constitution for the United States of America.

I realize the current executive administration doesn’t care and the current majority in the legislative branch barely cares, but remembering exactly who our government works for will be helpful over the next few years. (via @monstro)

austinstorm
reply
Again, hate Trump. But kottke might've posted this during Obama's "I've got a pen and a phone" moment.
Moscow, Idaho

Honor and Respect: how to address President Obama and Donald Trump by Jason Kottke
Monday January 23rd, 2017 at 12:32 PM

Robert Hickey is the deputy director of The Protocol School of Washington, which provides etiquette and protocol training. In his book Honor & Respect, he covers the “correct written and oral forms of address for everyone from local officials to foreign heads of state”. For The President of the United States, the proper forms of address are:

And contrary to how many media outlets refer to former US Presidents, they should not be referred to as “President” (e.g. “President Bush”):

“While it is common practice in the media and elsewhere to address and identify former presidents as ‘President (Name),’ this is a mistake,” said Hickey. “Serving as President of the United States does not grant one the personal rank of ‘President’ for life. The office of President is a one-person-at-a-time role that a specific individual holds and then hands off to the next person.”

“Courtesies, honors, and special forms of address are symbols of the power of the office. They belong to the office and to the citizens, not former office holders.”

Hickey recommends “The Honorable” as an official title (e.g. “The Honorable Jimmy Carter”) and “Mr./Ms.” for conversation or salutation (e.g. “Mr. Clinton”).

While Donald Trump was officially sworn in as the President on Friday, this site will continue to refer to Trump as “Trump” or “Donald Trump”1 and not as “President Trump”. Again and again, almost to a pathological degree, Trump has demonstrated, in word and deed, that he has not earned and does not deserve our respect and the title of his office. It’s a small protest by a small “media outlet”, perhaps petty, but as long as the First Amendment still applies, I will publish what I like on my own damn website.

And since I am all for the “one-person-at-a-time” rule, this site will also continue to refer to Barack Obama as “President Obama”. He’s earned it many times over.

austinstorm
reply
I have no love for Trump, but Kottke's obsession with him is tedious to say the least.
Moscow, Idaho
Fascism is often tedious to fight.

austinstorm
Oh, I didn't realize he was fighting fascism! Carry on, then.
Fascism: an authoritarian and nationalistic right-wing system of government and social organization.

Doesn't this apply to other former elected politicians too? You stop being Governor whomever once you leave the office. It isn't a title for life.
New York, NY

Over at Literary Hub, Emily Temple offers a “reading list for resistance”, a list of 25 Works of Fiction and Poetry for Anger and Action.

Included are The Handmaid’s Tale by Margaret Atwood:

This is the book women will be whispering about to one another in Trump’s America-an all-too-real vision of our country under a totalitarian theocracy where women are stripped of their rights and kept around only as breeders or servants.

There was a wall. It did not look important. It was built of uncut rocks roughly mortared. An adult could look right over it, and even a child could climb it. Where it crossed the roadway, instead of having a gate it degenerated into mere geometry, a line, an idea of boundary. But the idea was real.

To know and not to know, to be conscious of complete truthfulness while telling carefully constructed lies, to hold simultaneously two opinions which cancelled out, knowing them to be contradictory and believing in both of them, to use logic against logic…

1984 was my favorite book for a long time — I first read it when I was about 10 years old and reread it every year or two well into my 20s. I haven’t read it in more than 10 years…perhaps it’s time for another go.

austinstorm
reply
😂 Poor Jason is still losing his mind over the election. Of course Trump is terrible, but we're not suddenly living in a distopic alternate-universe America.
Moscow, Idaho

qengho
We* are not suddenly living in a dystopia largely because the election has no enforcement until January.

qengho
* We=some. Of course, you might live near bigots who suddenly feel emboldened to paint "go back to Foo" on your car or something. Or, We are in the privileged group who doesn't get treated badly.

austinstorm
reply
It took me a loong time to like beer. I'm not fond of the trend of really hoppy beers, and prefer Belgians. I still like craft cocktails better on the whole, but beer is worth acquiring a taste for.
Moscow, Idaho

llucax
reply
Finally somebody else say it!
Berlin

ktgeek
reply
Don't like it, don't drink it. It's okay. I don't like most hard liquor. And there are types of beer I don't like, but in general...MMMMMMM beer.
Bartlett, IL

I once felt as you do. Drink some more...it will go away.
Orange County, California

If you have only drank the mass produced, mass marketed beers and say that you don't like beer, well then... that's your problem. Most mass produced swill is just that, swill. Please pour that back into the sick horse it came out of. If you want good beer, discover micro-brew.

effingunicorns
reply
And this is why I prefer fruity drinks. Bite me, social pressure!

I really like beer. The learning-to-like-beer phase for me was short. I do think it's kind of silly to keep drinking it if you don't like it though. Why would a grown person spend their money on something they don't like?
Washington, DC

This is my recollection from about age fifteen or sixteen years.

Beer tasting bad is a feature. You have to earn the right to be drunk.

It's not that you don't like beer - it's that you haven't found the beer for you yet...
Dundee

skittone
Nope. Some of us just don't like beer.

alt_text_bot
reply
Mmmm, this is such a positive experience! I feel no social pressure to enjoy it at all!
Next Page of Stories